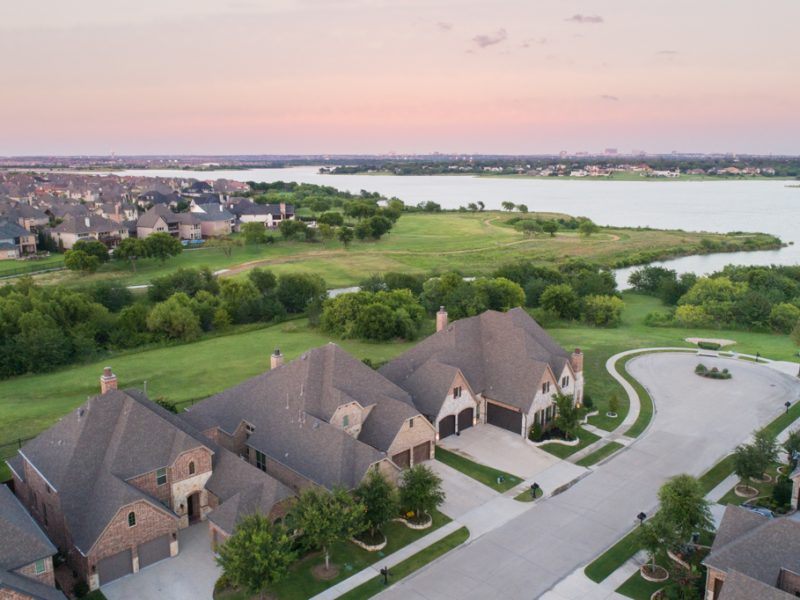 In 2017 The Tribute, a master-planned community in The Colony, TX moved into first place in fourth quarter closings and second place in annual housing starts over $400K as ranked by Residential Strategies Inc. According to Jack Matthews, president of Matthews Southwest and developer of The Tribute, 2018 is in prime position to be another top-selling year for the community. “We’re excited about our high ranking among so many other quality master planned communities,” said Matthews. “ With new phases opening and new amenities under construction this year, we’re confident that even more new home buyers will discover the distinctive lifestyle of The Tribute.”

The Tribute, situated along Lebanon Road on a peninsula on Lake Lewisville, is adjacent to Frisco and easily accessible to the booming Legacy West area via FM 423 and Legacy Drive. “The Tribute is well located, within close proximity to the notable employment growth occurring along SH 121 and the Dallas North Tollway,” said Ted Wilson, Principal of Residential Strategies, Inc. “The development’s extensive amenity package, strong homebuilder lineup, and wide range of product offerings have positioned it to be a premier, top performing neighborhood in the Dallas-Fort Worth area.”

RSI Metrics put The Tribute at the Top in 4Q17

Residential Strategies Inc. reported that The Tribute took the top spot in the fourth quarter of 2017 new home closings with 112. RSI tracks 44 active master-planned communities in north Texas. The new home research company reported 298 annual new home starts in The Tribute in 2017, ranking The Tribute second in that group.

In 2017, The Tribute builders opened 10 new model homes in the 1,600-acre master-planned community, which is helping to meet housing demand from both local and relocation buyers. Also attracting home buyers are the community’s amenities. These include two golf courses, The Tribute Golf Links and Old American Golf Club, both developed by Matthews Southwest. Added to the mix are lakeside living, over 10 miles of nature trails, a resort pool, kid’s splash park, a robust lifestyle events program, and more. In February 2018, Taylor Morrison opened its clubhouse and infinity edge pool for residents of the Waterford Point village in The Tribute. Additional community amenities, including a new beach club and marina park, are scheduled to break ground in 2018. An onsite Little Elm ISD K-8 STEM Academy provides elementary and middle school education within the community.

“The Tribute is geared toward a lifestyle buyer, one that doesn’t want to go to the other end of the Metroplex to play golf, enjoy the lake, or hike in the natural environment on the peninsula,” said Kathy Cunningham, Vice President of Matthews Southwest. “The Tribute has matured into a beautiful community, but we have many phases left to go. With our 4Q17 new home closings moving The Tribute to the best performing master-planned community for the $400K & up price range, we’re poised for another robust year of sales in 2018.”

Matthews Southwest first opened The Tribute Golf Links in 2000, followed by single-family home sales beginning in 2007. Buildout plans call for more than 2,000 single-family homes, ranging from the mid $300,000s-$1 million+. The community also has plans for future townhomes and condominiums as well as a marina and Town Center.