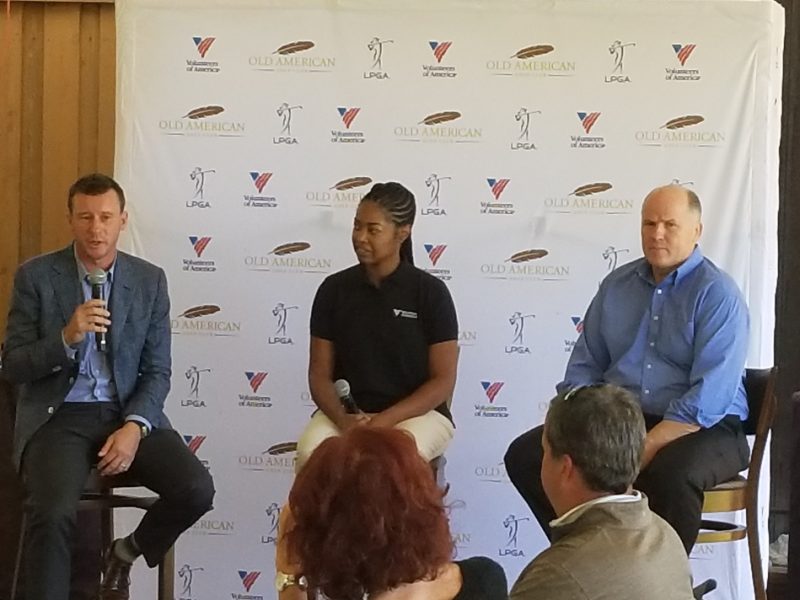 (November 3, 2017—THE COLONY) In a press conference held Monday, LPGA and event officials announced that Old American Golf Club, located within The Tribute master planned community, will host the Volunteers of America LPGA North Dallas Classic in 2018. The event, which takes place April 30 – May 6, will feature 144 of the top women golfers in a four-day stroke-play event and a $1.3 million purse.

“We’re excited to host our first LPGA Tour event and witness the top players in the world test their game at Old American,” said Mike McCabe, general manager of Old American Golf Club. “We’re the only venue in Texas to have the honor of hosting an LPGA event of this caliber. We’re eager to showcase our course as well as the areas in and around the city of The Colony.”

Course architect Tripp Davis, in collaboration with Justin Leonard, designed the Old American course and is looking forward to the event as well, “I can’t wait to see the top women play this highly strategic golf course,” he said. 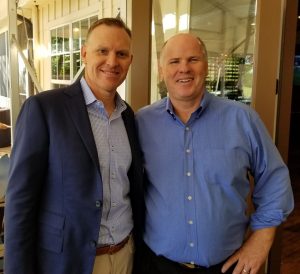 Additionally, the Classic plans to continue to build upon its tradition of community engagement through a number of special events.

“Our vision is to create a golf event that impacts the community, not just the golf fan,” said Andy Bush, Executive Director at Octagon, the company managing the event. “We expect to enhance the experience by developing it into a lifestyle and cultural event, with culinary partnerships featuring Dean Fearing, women’s programs and live music for youth and families.”

Jack Matthews, president of Mathews Southwest and developer behind Old American said responding to the ask from the LPGA to host the event was an easy yes. “We’re in synch with the visionaries behind this event and agree that it’s all about community. It’s something we established long ago in our relationship with the city of The Colony and was a main objective in the creation of The Tribute development in which Old American laid its foundation.”

Volunteers of America, a non-profit organization that provides programs and services to impact lives, is in its fourth year as the event’s title sponsor.