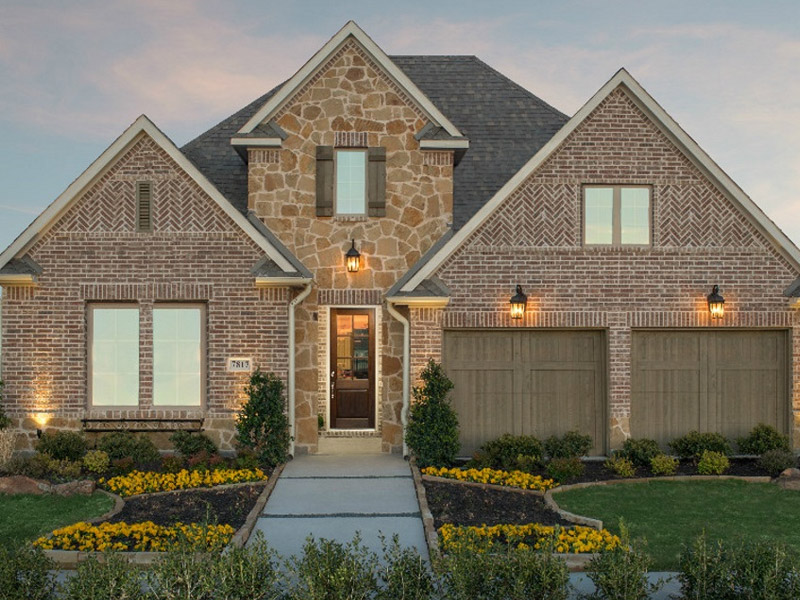 Matthews Southwest announced today that Taylor Morrison, a leading national builder and developer, has debuted its newest village in The Tribute Lakeside Golf & Resort Community, located in The Colony, Texas. This is one of only two Taylor Morrison branded community in the DFW market since acquiring Darling Homes in late 2012. The grand opening of its sales center and four models began on February 11th in Waterford Point with homes from the $330s. The village targets buyers seeking an active lifestyle in an established resort community.

“Taylor Morrison is a natural fit for The Tribute,” said Jack Matthews, president of Matthews Southwest and the developer of The Tribute. “Many of the homes in Waterford Point will be situated along the lakefront on the west side of the peninsula and Taylor Morrison has created beautiful designs that embrace the vision and high standards of our community.”

Waterford Point will offer 405 homes with 109 in the first phase. Four distinct collections of single-story homes feature spacious family rooms and kitchens, vaulted ceilings and outdoor living areas, as well as guest suites and optional second story bonus areas in the larger floor plans. Many homes built on the larger homesites will feature lakefront views. Lot sizes within the entire Waterford Point village range from 48 to 76 feet, and pricing starts from the $330s.

“We are excited to introduce the Taylor Morrison brand into the DFW market with our launch of resort-style active living homes in The Tribute,” said Dennis Ouellette, Vice President of Operations for Taylor Morrison Dallas. “This is an under-served area for homebuyers looking to downsize and enjoy healthy living at any age. Our homes are designed to maximize livability and value and offer superior quality, modern amenities, open floor plans and easy maintenance.”

Taylor Morrison, which already builds in the Dallas/Fort Worth market under the Darling Homes brand, is one of the country’s largest homebuilders, currently building in Arizona, California, Colorado, Georgia, Illinois, North Carolina, South Carolina and Texas.

“Over the past five years, DFW’s population that is aged 50-74 has increased by over 20 percent,” said Ted Wilson, Principal of Residential Strategies, Inc. “By 2025, this demographic will represent almost 27 percent of the North Texas population. As a result, there is a distinct need for housing that caters to the active adult lifestyle. Taylor Morrison’s appreciation of the lifestyle of the empty nester will be on full display at The Tribute. The company is producing a well thought out enclave of tastefully designed housing that will exceed the expectations of this discerning buyer.”

About The Tribute
Located in The Colony on a Lake Lewisville peninsula one mile west of FM 423 on Lebanon Road, The Tribute (www.thetribute.com) is a 1,600 acre master planned community that will include more than 2,000 homes ranging in price from $360,000 to over $1 million at build out. The Tribute boasts two 18-hole award winning golf courses with club houses and more than 250 acres of natural open space with a trail system and canals. The Tribute is located in the Little Elm ISD.