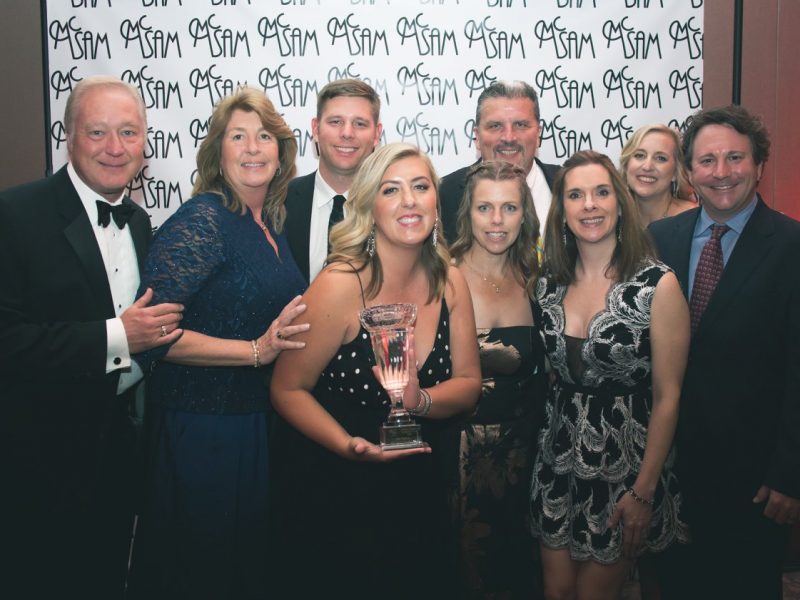 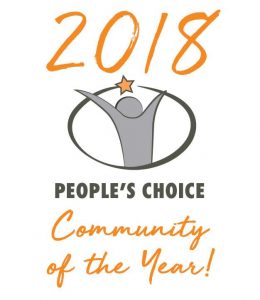 the coveted People’s Choice Award at the 39th Annual McSAM Awards presented by the Dallas Builders Association (DBA). The awards program is held each spring to recognize outstanding achievement and maximum creativity in sales and marketing.

“We are thrilled and honored to receive the People’s Choice Award, especially since this is a customer satisfaction award voted on by our residents,” said Kathy Cunningham, vice president of Matthews Southwest, the developer of The Tribute. “The Tribute gives our homeowners a distinctive lifestyle with unmatched amenities and that is reflected in this award.”

The People’s Choice Award was based on a survey sent by a third-party research group to The Tribute residents. The Tribute competed against some of the top master-planned communities in DFW. More than 350 award entries were received this year and winners were named in 65 categories judged by housing experts from across the country.

The Tribute also won McSAM Awards for Lifestyle Director of the Year, Best Website, Best Ad Campaign, Best Graphic Continuity and Best Print Ad. The community will now go on to compete at the National level as part of the International Builders’ Show in Las Vegas next February.

The Tribute, situated along Lebanon Road on a peninsula on Lake Lewisville, is adjacent to Frisco and easily accessible to the booming Legacy West area via FM 423 and Legacy Drive.

Lifestyle amenities include two golf courses, The Tribute Golf Links and Old American Golf Club, both developed by Matthews Southwest. The lakeside lifestyle also includes over 10 miles of nature trails, a resort pool, kid’s splash park, a robust lifestyle events program, and more. In February 2018, Taylor Morrison opened its clubhouse and infinity edge pool for residents of the Waterford Point village in The Tribute. Additional community amenities, including a new beach club that will break ground in 2018 and a planned marina and park add to a stellar amenity lineup. An onsite Little Elm ISD K-8 STEM Academy provides elementary and middle school education within the community.

Matthews Southwest first opened The Tribute Golf Links in 2000, followed by single-family home sales beginning in 2007. Buildout plans call for more than 2,000 single-family homes, ranging from the mid $300,000s-$1 million+. The community also has plans for future townhomes and condominiums as well as a Town Center.